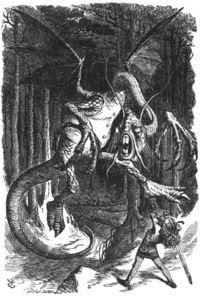 The Solstice Core Rules for an Original D&D Campaign, found at the link to the right, has recently undergone a revision. Over half of the sections have been changed in some way. One of the major changes, which has taken me some time to come around to embracing, is that of a much more Abstract Combat model. I have removed many of the tactical elements in favor of a more streamlined approach to melee.

There have been many minor changes that, when viewed as a whole, have made a definite impact on the campaign setting. Including, but not limited to:

Dwarves are, for now, restricted to the Fighting Man class again. Allowing Dwarven Clerics was a definite step in the direction of AD&D, something I’ve decided I do not want.

Exceptional Strength no longer adds a bonus to hit in melee, but +1 damage is achievable.

The Elf and Kobold races have seen some minor changes.

The Faun was added, a Fae Elf-folk playable race with certain advantages.

The original Attack Matrix chances to hit have been worked back into the rules, and I have ditched the Solstice revamped numbers. Although I still encourage the Solstice RTH Method.

Both the Barbarian and Scout classes had some minor changes.

The Solstice Saving Throw Method has been removed, and for now Saving Throws will be by the book.

The Dungeon Tasks section has been reworded and left simply as a guide that encompasses some of the delving tasks which characters might undertake, gone are the hard and fast numbers used for determination of success and failure.

Some Bronze Age armor has been added to the Armor section, primarily for the upcoming No Future supplemental rules, and for comparison’s sake.

Along with other minor edits here and there.

It’s a shame I don’t know how to create this in a PDF for readers to download, but since it’s gone through a few changes already, it might be best to leave it in an easily editable format until I settle on a final version.

Feel free to ask here, or drop me an email if you have any questions or comments regarding Solstice or the Of Fortunes and Fools campaign itself.

~Sham, Delinquent Referee
Posted by Sham aka Dave at 9:02 PM