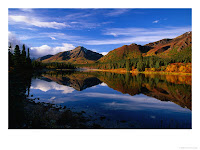 With my recent plunge back into D&D this year, I am finding myself almost back to square one in regard to designing a campaign setting. In years past, I had two roughed out continents in which past campaigns had been hosted, and these two land masses were part of the six known continents in my default D&D world, called Illand’r (nee Illyr).

Now that I have stripped away all of my old AD&D homebrew elements, and gone to the very foundation of D&D by incorporating OD&D, and fine tuning those guides into the Solstice Core Rules, I do believe that I should do the same with my actual campaign setting, the world in which all of this chicanery shall take place, Solstice itself.

Nothing major will be developed, just the immediate vicinity around Ulin-Uthor, including Bend, Abernal, Ilmar Forest, the Elblach Mountains, The River Shaelar, etc. In the past I would actually create a continent map, and then work down from there, this eventually grew into a world map which included both of the more detailed continents (and at one time, Arduin).

In the spirit of the 70’s approach, I will begin with a small area, aka the ‘known world‘, and map it out by hand on hex paper, and make a less detailed player’s version as well (possibly). This will provide me with a side project while I continue to design my mega dungeon, Ulin-Uthor.

I think that this old school ‘known world’ approach will be much more appropriate for a campaign centered around a single dungeon. At some point, though, the players will want to get some fresh air and stretch their legs, so having even just a basic region surrounding the dungeon will be important.

To this end, I’ve been considering a ‘different’ climate than my standard ‘classic fantasy’ western European temperate setting. It might take me a while to wrap my mind around Elves and Dwarves out of their default environment, but it’s an idea I’d like to pursue. What I don’t want is a real-world example that demands I change the language much…in other words I don’t want a setting so radical that the standard fare medieval type names I use so often would make the setting feel unrealistic.

Countless D&D campaigns of the past have moved out of western Europe, but I don’t want to end up with an Aal-Qadim or an Oriental Adventures campaign. In other words, I am looking primarily for a climate change, and not a societal change. Solstice will still be a medieval setting, with Elves and Dwarves, but I’m wondering if I can move away from lush green fields and rolling hills to something more dramatic without upsetting the applecart, so to speak.

I’m thinking along the lines of Alaska, Hawaii or even the Western States ala old west with crags and badlands. Volcanoes and water are good, but the idea of Dwarves in grass skirts scares me a bit, so Alaska might be the winner…plus I’ve been to a few locales there for fishing so I’m familiar with it. It’s a hard country, unforgiving and wild, with huge expanses of unexplored territory and a suitable climate, albeit somewhat cool and wet. I’m not talking about the frigid north Alaska, but the areas that are around the Gulf of Alaska.

Sounds promising. More on this after some research.