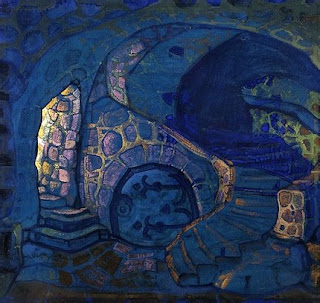 (First the old buried treasure) After several requests (well, a few anyway...is 2 a few?) for your viewing pleasure I have added links to my pdf's hosted at mediafire of those little buggers that got that whole OSR One-Page craze cooking a couple years back. Primitive in hindsight, The Dismal Depths original four-pack is now nothing more than an OSR historical footnote of sorts. After all, two years in the blogosphere is downright ancient at this point. Links are on the right under SHAM'S OD&D STUFF. Kudos to ChicagoWiz for crafting that template for me! I also added the old Dismal Depths Traps tables link. Use at your own risk.

(And the new buried treasure), There's another file added now, something new for your megadungeons titled Dungeon Treasure Maps.

What are Dungeon Treasure Maps? Let me explain. Some time back I rambled on about the possibilities of the Maps category of items included in the Treasure Types section of Vol. II. While these were intended more for wilderness adventure, the idea always tickled my fancy. I finally sat down and bashed out a system of similar maps for underworld adventures, called Dungeon Treasure Maps.

It includes some columns and tables so won't copy over well to blogger, but here are a few bits from the single-page file in case you are curious.

"Dungeon Treasure Maps are a special type of item. When the characters decipher such a map, through use of a Read Languages spell if needed, the Ref rolls on the appropriate tables and places the heretofore undiscovered secret location of the treasure trove. It is impossible to find this secret trove before the map in question is deciphered."

"Notes: Tracking down lost or buried treasure should be an exciting endeavor for the players and their characters. There's always a chance they will hit the proverbial mother-lode. Special preparations might be in order for recovering these troves, and keep in mind the noise created from all of the excavating is sure to attract the hungry and/or curious."

So there you have the buried treasure, something old and something new.

I didn't have your Dismal Depths yet, but now I do. They look excellent! Thanks for putting them over there :)

Thanks so much!!! I was one one those who asked in the comments for you to re-upload them.

You just supplied me, my girlfriend, and my two buddies hours of entertainment, and you also gave me the awesome project of making up the lower levels using the really fun monsters from your bestiary posts!

Time to plumb the Dismal Depths!

You're welcome! I have had more than a few requests for these since orbitfiles went south.

The main reason I never uploaded them to mediafire was I had been planning on redoing them.

My plans have changed so I am glad they are of use.

Do you want to start making money???

The solution is right here