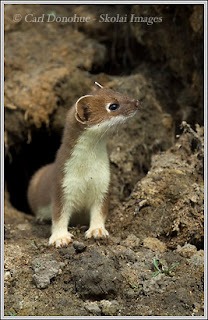 One of the many great aspects of D&D campaigns, at least for me and my troupe of pun loving fellow game nerds, was the ongoing joke. These jokes, inside jokes, campaign jokes, would rear their ugly heads for session upon session upon session, sometimes creeping into play years after they first saw the light of day, other times reappearing after a long absence.

They never seemed to get old.

The best ones, were of course, entirely unscripted. I think that whenever you get a bunch of guys to sit around and talk about anything, whether it’s last night’s football game, or how they are going to possibly retrieve a dead Dwarf from a 50’ deep pit, jokes will result. If you continue to gather this same group of guys together, they will continue to rehash the same old jokes.

None of these are particularly humorous to outsiders. Thus, we have the definition of inside jokes. A bunch of guys laughing at some past event that, at the time, was funny. Now, they are laughing in memory of that humorous moment from long ago.

In particular, I believe that gamers and long gaming sessions can often devolve into absolute silliness. It’s a sure sign of game fatigue. There is though, an interval, a period, this time where the players are on the cusp of fatigue, but still have their senses about them. This is truly the campaign joke zone. The best humor occurs here. If the jokes overwhelm the game, that interval has ended, and it’s time to back off and wrap up that session.

There’s nothing wrong with a bunch of laughter and carrying-on around the game table, as a matter of fact this is one of the best elements of D&D (or any table top, social game). It’s just plain fun to relax with your pals and enjoy a laugh (or thirty).

We had a handful of campaign jokes, most of which I’ve probably forgotten, but will surely be reminded of when we play again.

One of our long time players, Tom, had a knack for unintentional humor. Tom was a big, lovable teddy bear of a guy. Often times a day dreamer, but most times a very insightful and thoughtful player. Tom would come up with some whacky ideas that would send the other players into fits of laughter at times.

In one of my particularly old campaigns, circa 1982 or so, Tom was playing a Druid if I recall correctly. During the course of an adventure, Tom had encountered a Giant Weasel, and had been allowed to Speak With Animals and convince the beast to follow him around for a bit. Tom continued to use Speak With Animals each day, slowly becoming more and more friendly with this Giant Weasel. During a return trip to town and the local inn in which the party had been boarding, I asked each player what it was they were going to do now. When I posed the question to Tom, his straight faced response was “I am going to go up to my room and Train My Weasel.” I may as well have packed up my maps and notes right then and there.

Immediately it was asked if that was a fancy way of saying he was going on a date with Rosie Palmer. “And her five sisters” it was added. You know the rest, Spank The Monkey, Choke The Chicken, etc.

Well, for years that joke resurfaced. I mean, for YEARS. To this day it still makes me chuckle.